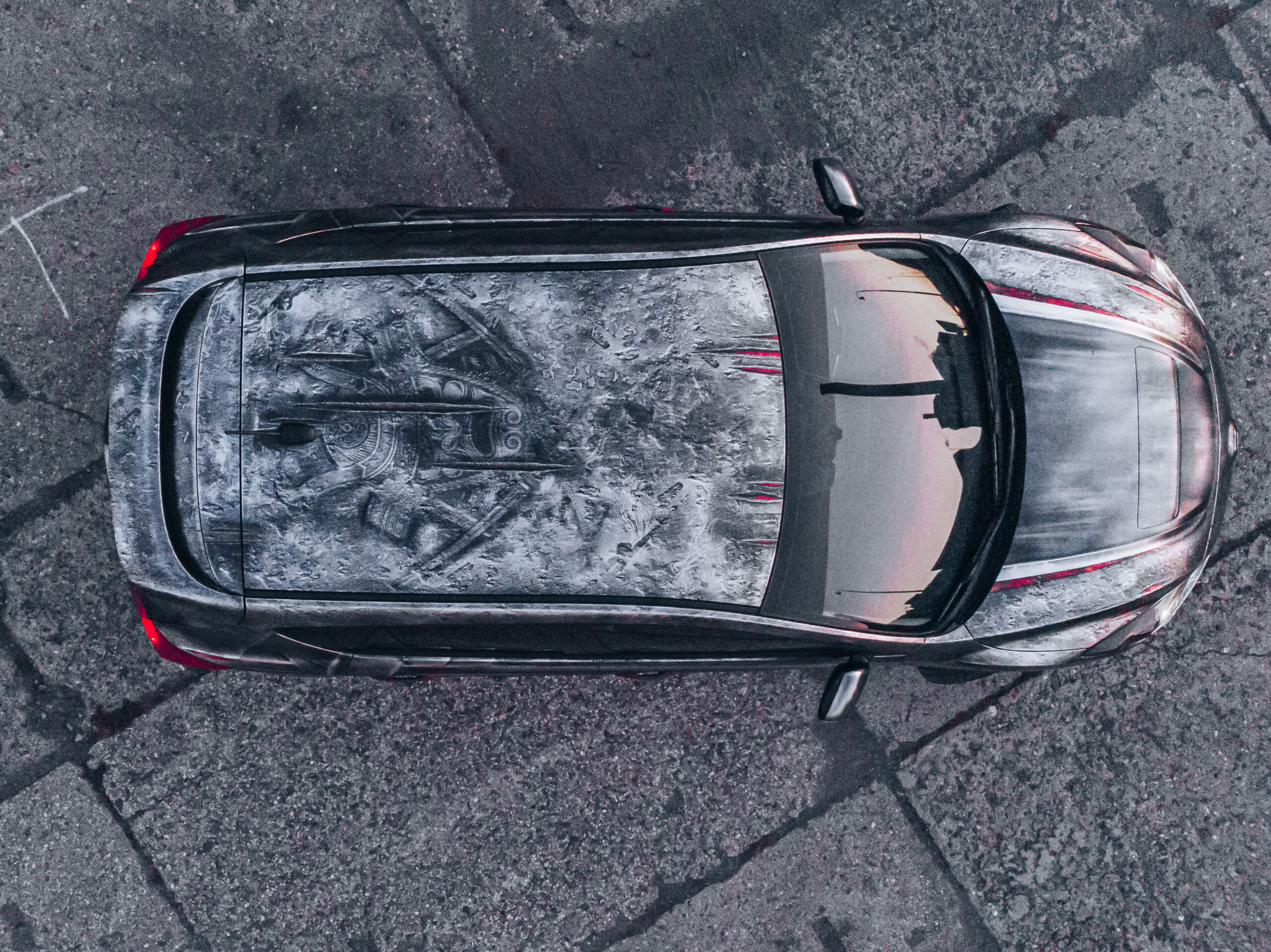 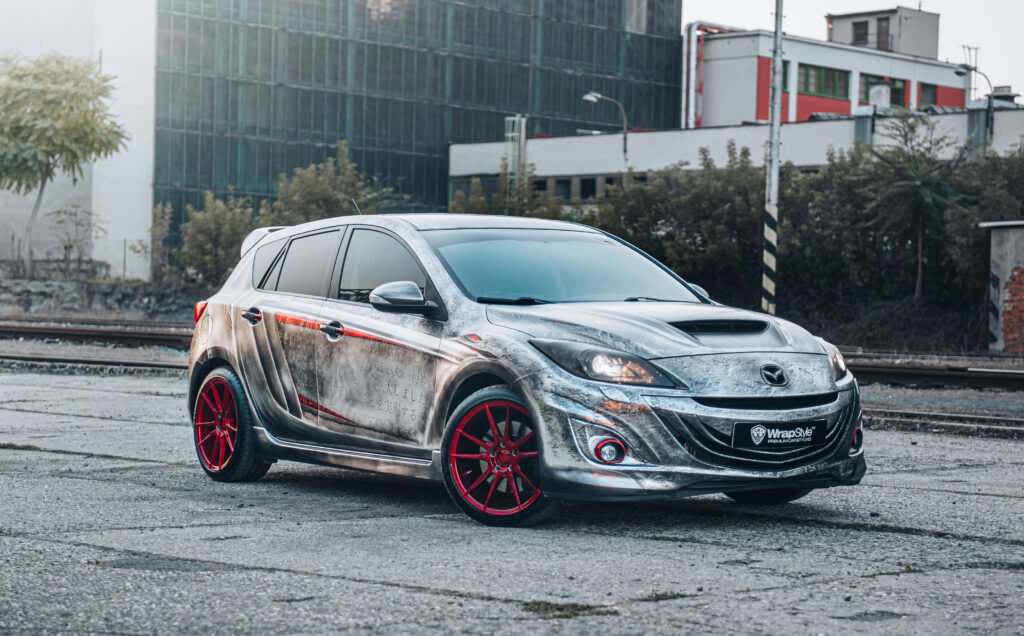 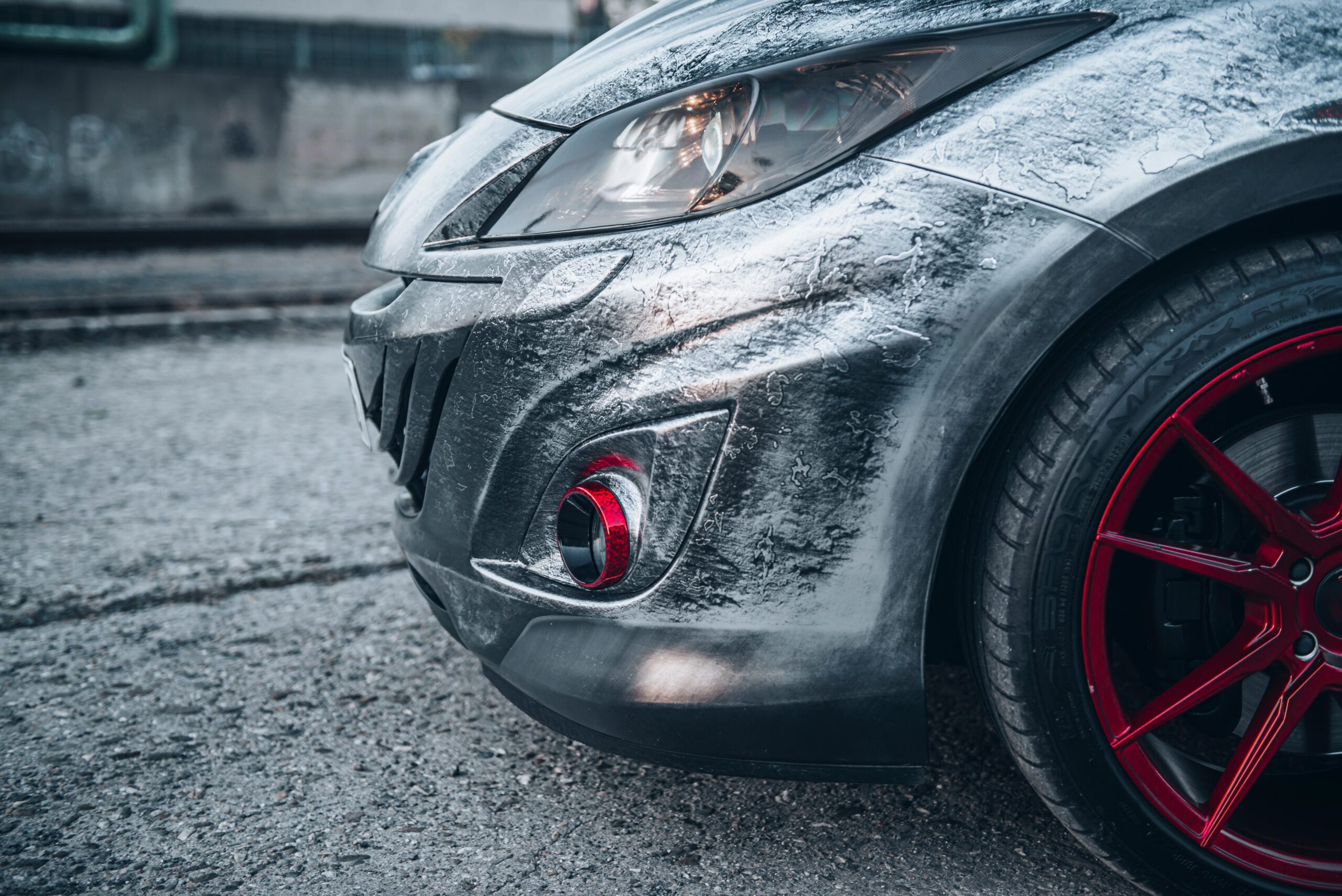 The whole project reflects the life of Ronin – a samurai whom his master rejected. His armor bears the marks of the many battles he had to wage during his lifetime. He has nothing left … nothing but his story. The workmanship and details are reminiscent of samurai armor, which has experienced many battles and bears signs of wear and damage. However, the dominant elements are the signs on the door, telling the whole story of WrapStyle from its founding to the present, and the katana passing over the entire side. The roof depicts the Ronin itself, which falls into oblivion. The handles are tied in the same way as the handles of samurai swords. Parts of the wraps are hand-cut, thus achieving a unique effect and structure reminiscent of scuffed metal. he total wrap project of Ronin consists of 10 layers: 1. Layer – Avery Dennison SWF – Gloss Yellow – creating the basic shape of 3D wrap + base for the embossed font (Japanese characters) 2-7 Layer – Avery Dennison SWF – White Gloss + Yellow Gloss + Intense Blue – layers create a 3D effect (katana, armor plates, characters on the hood and swords) 8. Layer – Avery Dennison – Conform Chrome Series – Silver gloss – was used throughout the wrap project 9. Layer – Avery Dennison – MPI (printed laminated) – printed design on a laminated, complete wrap project, sanding part of the wrap – thanks to which was created a unique texture 10. Layer – Avery Dennison MPI laminated mat – the preservative layer of the whole wrap.