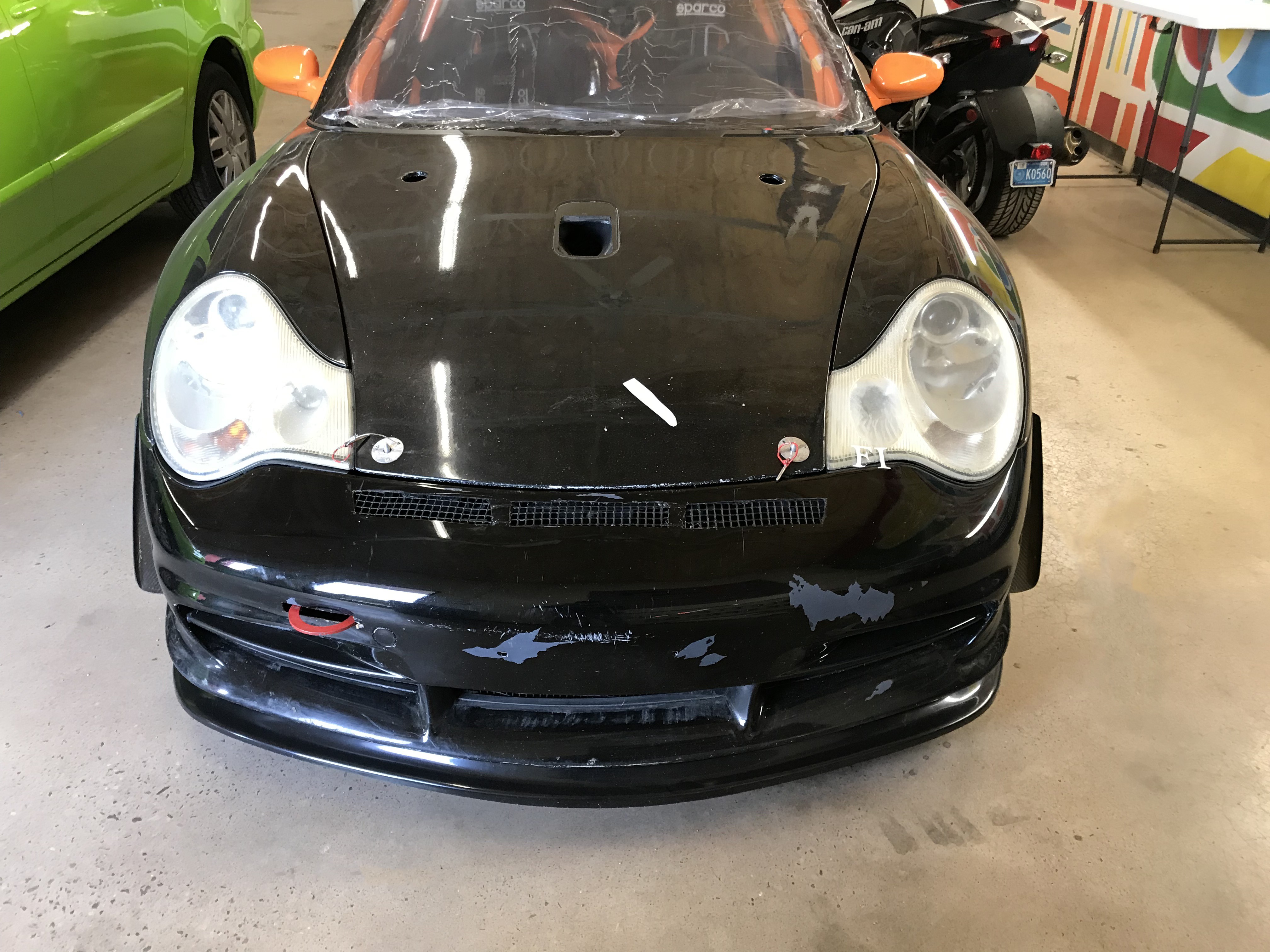 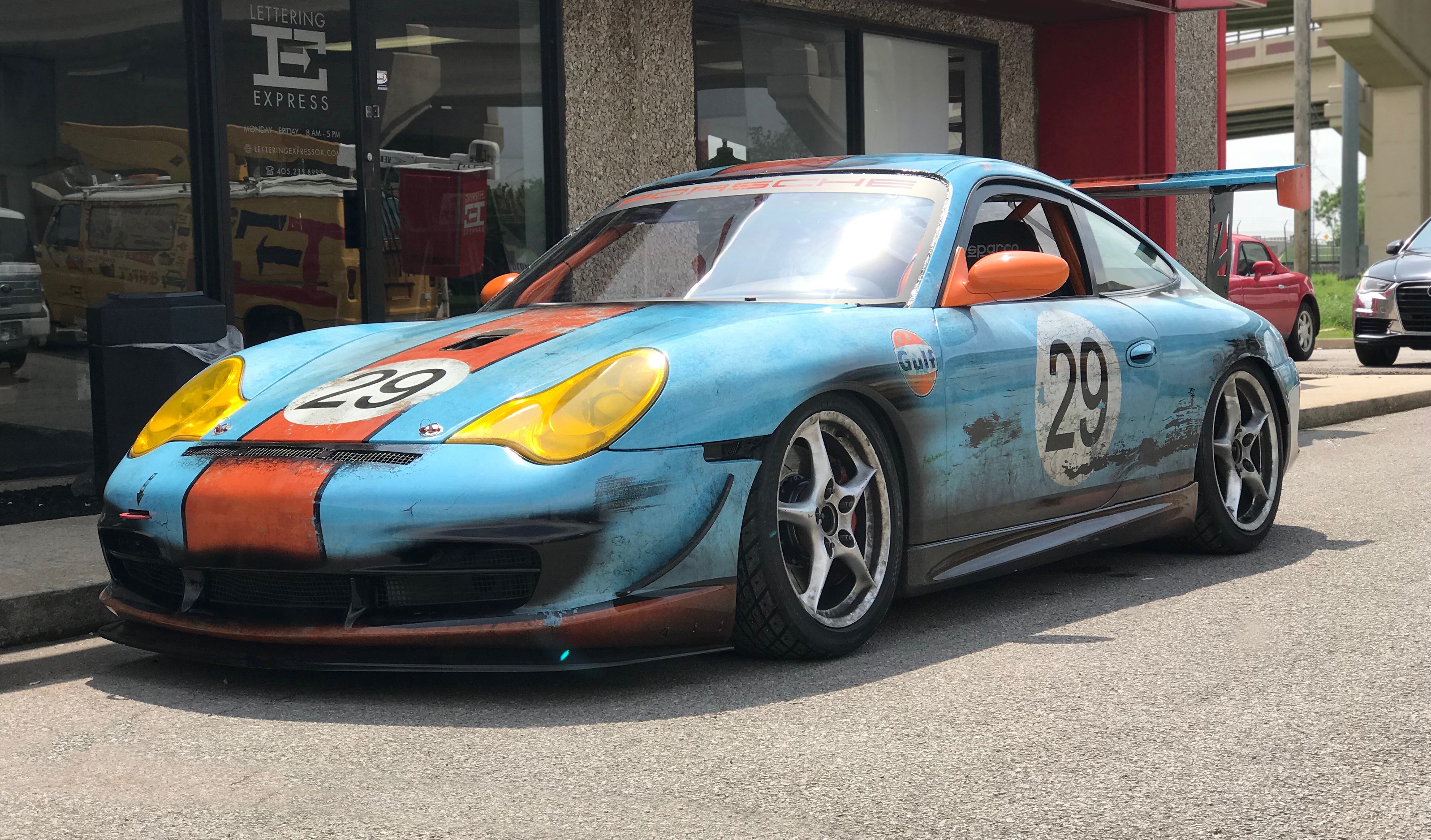 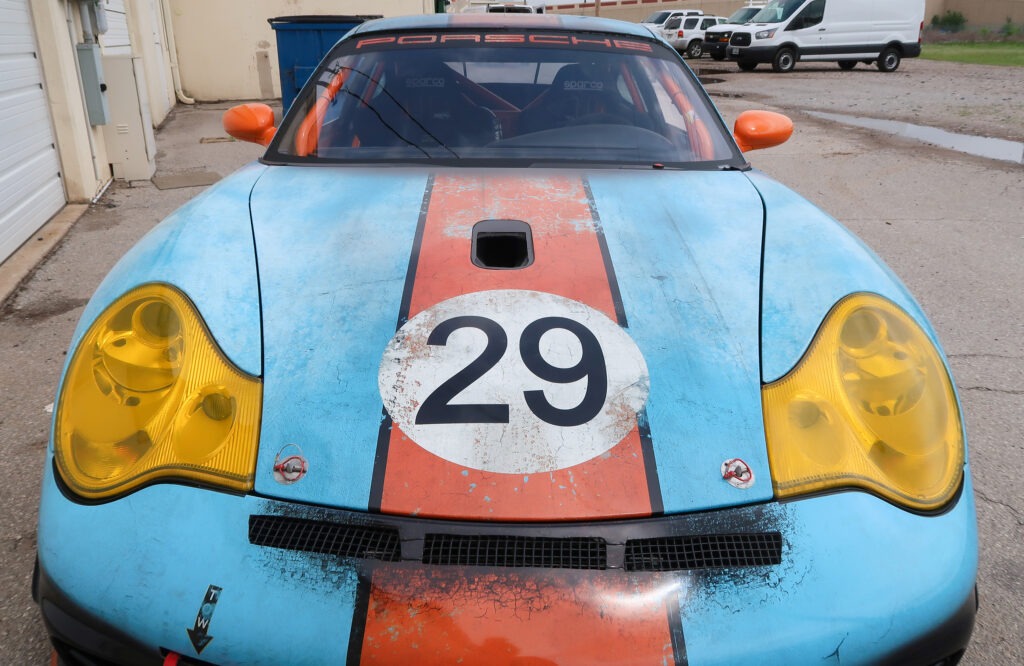 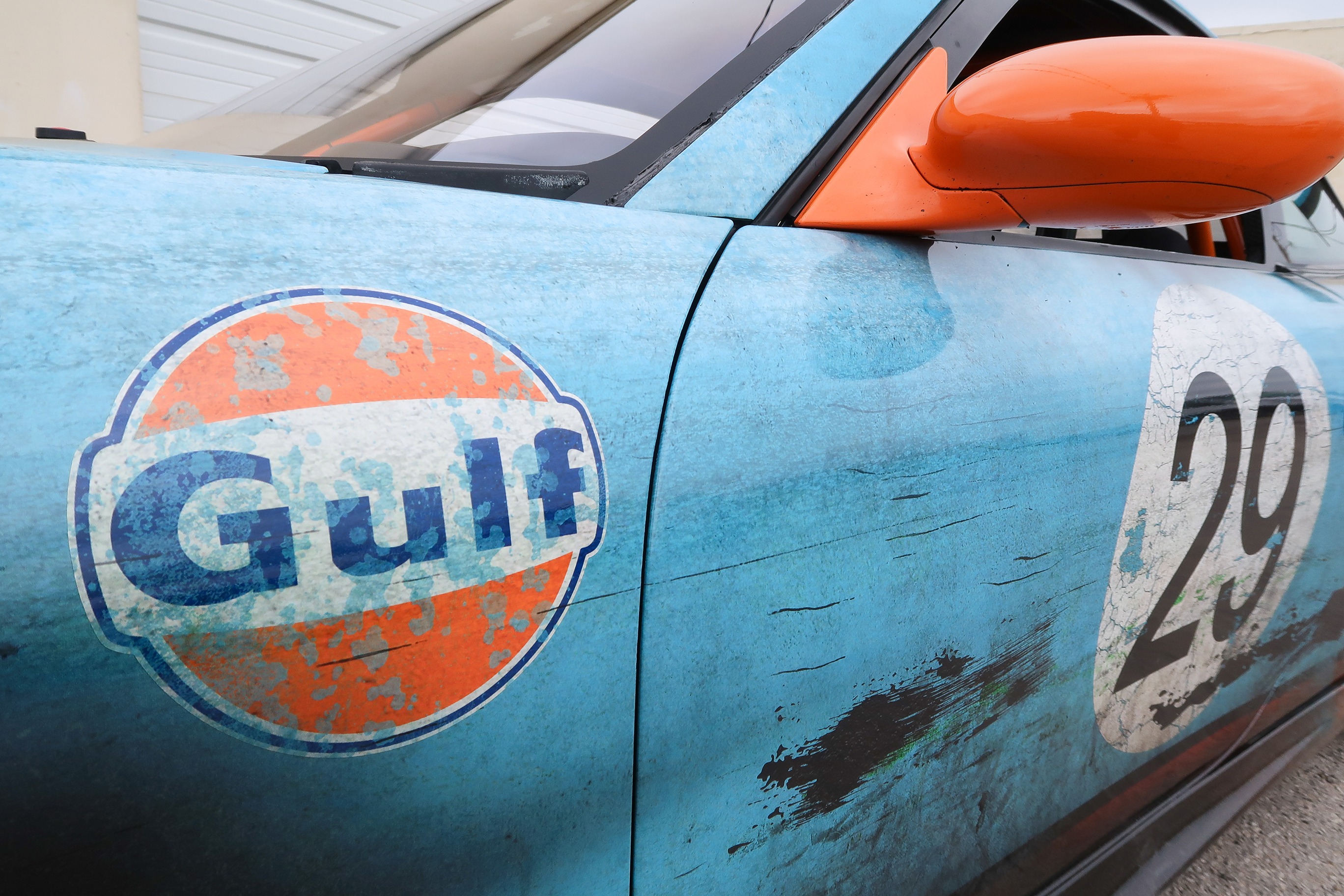 Life as a track car wasn’t kind to this Porsche 996 from 2003. Luckily, some creative minds found beauty in its scars. Its owner and longtime Lettering Express supporter, Brett Nelson, has a habit of thinking outside the box. Nelson, who often turns his home into a non-profit concert venue, transformed the body damage from this Porsche into art by wrapping it in a weathered Gulf Livery-inspired design. Skepple Inc- Wraphic Design Studio handled the art. The @LEwrapsokc crew templated the front and back bumpers to match the Edward Scissorhand vent cut outs and really out did themselves with the execution of this wrap. Also, shout out to Brett and Jessica, his cool-as-hell wife, for making Oklahoma a little bit hipper every day.